It really is the gift that keeps on giving. 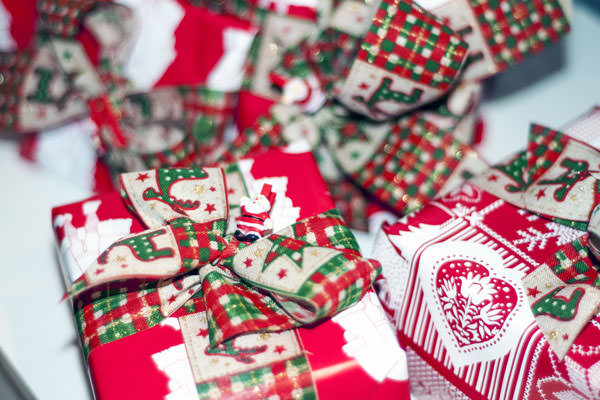 I’m a little late with this, but the subject matter is timely. As I’m writing this post, it’s still Christmas Eve where I am, so a phrase that is somewhat tied to Christmas feels appropriate.

The phrase “the gift that keeps on giving” is normally used during the Christmas season, but it has been used for other holidays, Mother’s Day, and Father’s Day. The slogan has also been used to sell anything from cameras, jewelry, gift cards, and subscriptions (to magazines, for example).

The gift that keeps on giving,” is one of my favorite phrases. It’s timeless and it has various uses, but I’ve never really thought about its origin that much.

Who First Use the Phrase ‘The Gift That Keeps on Giving’?

There is a thread on Quora in which someone asked about the origin of the phrase “the gift that keeps on giving,” but there was but one answer. On August 25, 2015, John W Kennedy said the phrase was first used as a slogan for phonographs, about 90 years prior. That sounded right, but more information was needed.

I found some information at YourDictionary and INTER-ACTION. As it turns out, the phrase “The Gift That Keeps on Giving” was likely first used by the Victor Talking Machine Company in the 1920’s. The company used the slogan to sell its products, which included phonographs and records.

When you go to your Victor Dealer’s to hear the three models of Victor-Radio, you will find them beautiful, compact, and soundly built, as become Victor instruments. You will recognize them as the gift that keeps on giving…a royal gift…at a very low price!

The phrase has been used by many other companies ever since, especially in time for Christmas (shopping).

Where the Phrase Has Been Used

I also found more examples from the websites I mentioned above:

What Does the Phrase Mean?

It depends on what is being discussed, but a gift that keeps on giving is one that provides the recipient with endless enjoyment or a long period of usefulness. The former could also be applied sarcastically or sardonically, like the above Watergate example.

What Can the Phrase Also Mean?

There is also a spiritual or familial meaning to the phrase.

In the short blog post I found at INTER-ACTION, Pete Santos talked about the origin of the phrase “the gift that keeps on giving, as well as some post uses for it, and the type of person the phrase most aptly represents. I’ll let you guess who that is.

At Pocket Mindfulness, James Alfred wrote a post about Christmas — and in particular, his thoughts about gift-giving. As a child, Alfred received secondhand gifts for Christmas — and hand-me-downs from his older brother. As an adult, Alfred realized how useful secondhand gifts were, especially when they were in good condition and those receiving the gifts found a good use for them.

Throughout the post, Alfred referenced the chapter “On Giving” from The Prophet by Kahlil Gibran, but the message was clear: Around Christmastime, people get caught up on receiving gifts (and giving each other the most expensive gifts), but they lose sight of what’s important. Sometimes, loved ones appreciate the simple things; in short love, time, and compassion are more valuable than material things. While it’s nice to give gifts and receive them, we should focus on what we can give, what is useful, and what they truly need.

“What is the origin and meaning of the expression “‘the gift that keeps on giving’?” Quora. Updated 25 Aug 2015. Web. Retrieved 24 Dec 2017. <https://www.quora.com/What-is-the-origin-and-meaning-of-the-expression-the-gift-that-keeps-on-giving>.