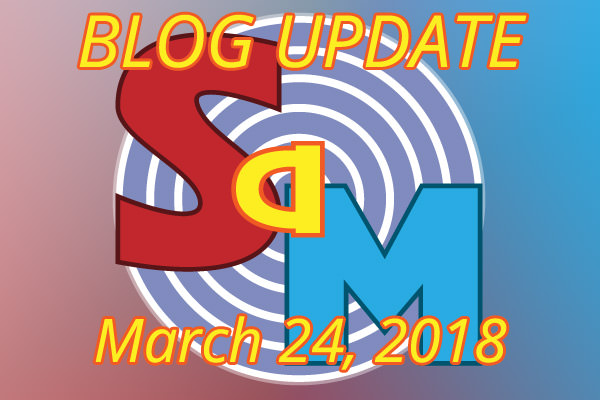 Good news, y’all! It’s time for another blog update because I finally got my new computer yesterday. It feels so good to be able to use all the keys. I can write with relative ease now, but does it also mean I will be writing more? More about that below.

I wanted to write about this on Friday so I could write about the March for Our Lives today. However, much of my time Friday was taken up by configuring the new computer.

How Did It Go?

Fairly well, considering. This is what I had to do:

I couldn’t even get started without configuring my Windows 10 system. For those of us who have a system that runs on Windows 10, there is Cortana. I had to listen to her for a while and do the necessary steps to set up my computer’s account.

There’s a countdown for Microsoft Office on this new computer, though. I will have to pay some money to keep Word and some core programs, because they’re vital to what I do.

What Happened to My Old Computer?

It’s still in use, but it’s a matter of time before it finally conks out. As I have talked about in numerous posts, I am basically getting kicked off it anyway. The operating system is acting like it is an invalid copy and so is the copy of Microsoft Office I have. But I am fortunate that the computer is still working (and that I updated one program) because I really needed to use the old computer for something today.

At the moment, I still have yet to install all of the programs I plan to use on the new computer. Today, I tried to install an eBook reader, but I temporary ran into a brick wall. I wanted to curse, someone out, but then I eat something and went about things in a calm manner. I just asked for help to get access to mile files. Since I was able to access my programs on the old computer, I was able to prove that I had authorized access to some book titles and download those books to this new computer.

As it turns out, the trouble I had earlier today might have been because of licensing issue. The book app only allows for access on four total devices (2 laptops or desktops and 2 mobile devices) at a time and I just needed to remove one laptop (which was really the old one before I had to get a replacement hard drive). So, I’m good to go.

Where’s the Update in This Thing?

Before the month of March if over, I would like to make two posts, both of which will go in my Arguments That Give Me Pause series. One of the posts will be about the gun debate, so today’s march will be discussed.

Now, I will give no guarantees about writing more — just yet. Last month, I found a professional writing job so I’ve been trying to figure out my schedule. AS soon as everything settles, there will be a steady stream of posts here. It might take a while for new Famous Sayings posts to be posted, but it looks like more and more people are finding them.

In the future, I might also change the focus of this blog. Depending on what I’ll be allowed to write professionally, there may be fewer political posts on this blog. (I still have some series to finish, though). Ultimately, this choice will be determined by what visitors like to read (and if I like to write it.) For instance, it’s very fun to talk about current events, history, and pop culture.

Another post I plan to write is a proper eulogy for my old computer, when the time comes. I’m sure that will amuse anyone who reads it.