Hillary Clinton is also a lightning rod of emotion, both good and bad. How fair is that and how much can be attributed to her?

In the previous post in this series, I talked about Bernie Sanders, what I thought of his candidacy, and why the Democratic Party establishment (and a portion of the voting public) detests him. That is part of the puzzle of what ails the left. Another part of the puzzle is the mixed reaction to Hillary Clinton.

If you are still a supporter of Hillary Clinton this post will be tough for you to read (but please read this post in full before commenting). And to be honest, this isn’t an easy post for me to write. It has not been easy to criticize Barack Obama, either, but there are valid criticisms of him, too.

If any part of those post angers those who read it and I lose followers because of what I have to say, so be it. That can’t be helped, because we all need to be honest about HRC’s candidacy regardless. And we need to do an honest evaluation before we can even begin to talk about unity on the left.

If you manage to read everything I have laid out here, you might think I am being mean-spirited or that this post is one-sided, but that’s not what I want to do. If anything, this is tough love. Because Clinton was the Democratic nominee, we need to get to the heart of her campaign’s flaws and understand the anger surrounding her loss.

END_OF_DOCUMENT_TOKEN_TO_BE_REPLACED

How did Bernie Sanders become a factor in the 2016 election and what were the long-term effects of his candidacy?

To be quite honest, I never really heard of Bernie Sanders until a few years ago. That should tell you how little I paid attention to politics.

Yet from 2010-2012, I could only find one person who consistently praised Sanders. I thought, “What makes this Senator so special?” without bothering to do much research on him. At the time I was preoccupied with life in general and trying to finish up school.

By the time 2016 rolled around, I began to know more about this independent Senator from Vermont. And it became clear why he had a growing following. But he was running as a Democrat and going up against the eventual Democratic nominee. The odds were stacked against him and I never really expected him to win.

As the primary went on, Sanders was closing the initial gap between him and Clinton. At the same time, the race on the Democratic side was getting more contentious. Naturally, there was bickering as the Clinton and Sanders factions were getting louder.

The acrimony between the factions increased as Sanders supporters accused the DNC of collusion and vote-rigging and they were being chided for various reasons. I will get into these accusations in subsequent posts, but I address part of the anger here.

END_OF_DOCUMENT_TOKEN_TO_BE_REPLACED

Finally! After months of research, I can now present my in-depth breakdown of the 2016 presidential election. In keeping with the overall theme of this series, this post will cover a lot of the narratives an immediate fallout.

Originally, I wanted to take a look at the highlights I can remember from the past election, beginning in the spring of 2015. However, I thought about it and realized that I needed to simplify things for myself by separating the overall themes and making a timeline later, for my own purposes. I still ended up putting some extra work in.

Unfortunately, it’s hard for me to summarize the election without going through all the important highlights (and there are so many to mention). Therefore, I am skipping to the end and pointing out some things I feel are important.

That said I cannot get into the aftermath without first looking at the important issues leading up to the 2016 presidential race and discussing the three most important players in the race. And after that, I want to discuss the following narratives that came out of this election.

END_OF_DOCUMENT_TOKEN_TO_BE_REPLACED 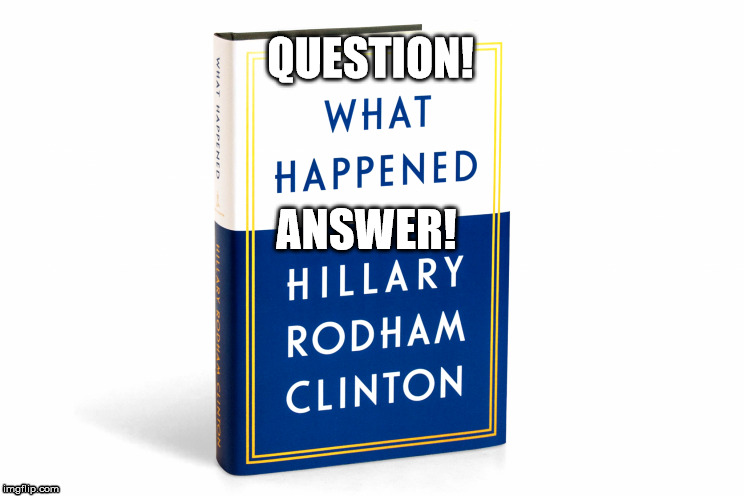 END_OF_DOCUMENT_TOKEN_TO_BE_REPLACED

Just like I did for my Sexism in Naruto series, I’m going to give an overview for this one. It’s been awhile since I made the introduction for this series, so I want to leave my readers with something.

Now, I have already started writing a couple of posts in this series, but I cannot move forward until I write the 2016 Presidential Election Recap. That will be the hardest post for me to write but only due to the sheer volume of research and writing I still need to do.

END_OF_DOCUMENT_TOKEN_TO_BE_REPLACED

Like Loading...
The 2016 election was one of the ugliest in recent memory. I know many will agree with me on that, but for different reasons. Regardless, one thing that cannot be ignored is how this past election — and the primary alone — exposed the chasms that already existed within the Democratic Party and deepened the rift on the left overall.

END_OF_DOCUMENT_TOKEN_TO_BE_REPLACED

Shmaltz and Menudo’s Note: Today, we will change up things for a bit. Instead of my long-winded Write Anything Wednesday Post, I will let Suze share her thoughts on this 2016 Presidential Election (U.S.).

I know we are all completely sick to death of hearing about the election, but I just want to take a few moments to assure all of us that there may indeed be blessings to be found in Mr. Trump becoming our 45th President. I am calling it the New American Order.

END_OF_DOCUMENT_TOKEN_TO_BE_REPLACED

This past week, many of us may have heard about the leaked audio from one of Hillary Clinton’s fundraisers. The fundraiser in question took place on February 16, 2016 and the speech lasted close to 50 minutes.

The Washington Free Beacon obtained the leaked audio and shared it on SoundCloud. Now, while the accompanying article from the news outlet focused on Clinton’s Nuclear concerns, many people could not ignore the comments Clinton made about her opponents in the race and specifically, the comments Clinton Bernie Sanders’ supporters.

END_OF_DOCUMENT_TOKEN_TO_BE_REPLACED

We all know that Hillary Clinton has problems with young voters.

I have been working on a series of posts on another site, and I have been talking about the 2016 Presidential Election. So far, I have looked at the two major candidates, as well as the two candidates from the Libertarian and Green Parties, Gary Johnson and Jill Stein, respectively.