Today, I was planning on posting a Famous Sayings post, but after hearing of some sad news today, I didn’t have to heart to do much research — or much of anything, for that matter. I was kind of watching the Pro Bowl when a relative alerted me to some terrible news.

This morning, I heard that Kobe Bryant, a beloved figure in Los Angeles and the world of sports, had died in a helicopter crash. Bryant’s Sikorsky S-76 was circling for a bit in foggy conditions and it crashed in a mountainous region. The news was first reported by TMZ, but I and others waited for confirmation, which, sadly, came from other news sources.

The news about Bryant’s death was bad enough, but as the day went on, the situation was much worse than we originally thought. By mid-day, news came out that five (now the count is at nine) people had died on the helicopter and that there were no survivors. Not everyone was identified, but at one point, it was suspected the Rick Fox (a former teammate of Bryant’s on the Los Angeles Lakers) was also on the helicopter. That news was refuted, but one bit of news really saddened me.

END_OF_DOCUMENT_TOKEN_TO_BE_REPLACED

Since 2013, ESPN has made a series of layoffs. Many of the layoffs are connected to the loss of viewership and subscriptions, but there are other factors at play. Some people will argue that ESPN has lost viewers because of the political direction the 24-hour sports network has taken this decade, but that’s a reductive statement often made by people with an agenda.

That said, is ESPN (too) political nowadays? From what I’ve seen, I don’t think so. However, I feel that there are times when it is nearly impossible for sports networks like ESPN to ignore politics, especially when it is intertwined with sports.

In order for me to explain this, I will need to go back to a series of incidents that happened well over a year ago. When I first started this series, it had been two weeks after Jemele kicked off a controversy that put her employer in a precarious position. Yet I feel that the topic is still relevant because the complaints about sports mixing with politics have not abated. Ultimately, this topic ties into the issue of protest in sports, among other things.

END_OF_DOCUMENT_TOKEN_TO_BE_REPLACED

Players in contact sports are one hit away ­— from a lost season or the end of their career. Fans of particular sports, especially American football, are reminded of this every year. My reminder came twice this year. One came earlier this year as San Francisco 49ers quarterback Jimmy Garoppolo went down with an ACL tear (albeit it was a non-contact injury). The other reminder came a week ago yesterday.

On Sunday, November 18, 2018, Alex Smith, the quarterback for the Washington Redskins, suffered a catastrophic injury during his team’s loss to the Houston Texans. Although this post is a little late, I wanted to talk about the injury and how I feel about it and the 2018 season overall.

END_OF_DOCUMENT_TOKEN_TO_BE_REPLACED

Like Loading...
Well, I’m not watching the World Series because there’s no team for me to root for. I can’t stand either the Dodgers or the Red Sox. At least last year, I could root for the Houston Astros, who went on to win their first ever WS.

Basically, this is how a feel about both teams:

Two games have already passed, and the Dodgers are down 0-2 as both teams are headed to Los Angeles. There’s still time for the meteor to drop. (I kid, but sadly, one of these teams has to win.)

We are still talking about kneeling. The last time I wrote about the topic of National Football League protests, it was September, but much has happened since and culture warriors have done all they could to keep the topic of kneeling in the NFL relevant. In this post, I want to talk about a new rule the NFL has approved regarding anthem protests, how the anthem protests began in the first place*, and what I think about it all.

END_OF_DOCUMENT_TOKEN_TO_BE_REPLACED 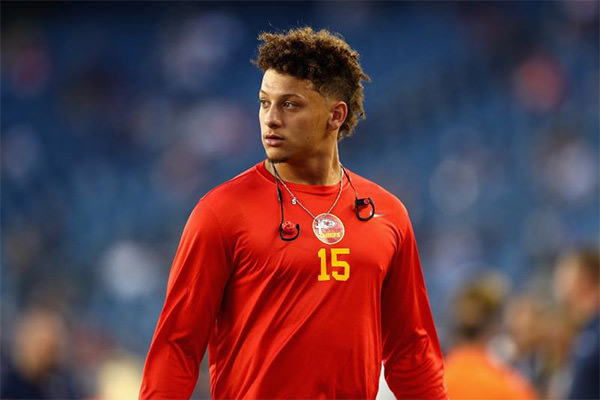 In my last post, I discussed one of the two quarterbacks that are the focus of a number of NFL circle jerks. Jimmy Garoppolo is one and Patrick Mahomes is the other. Both had made NFL starts, but Garoppolo has made a bigger impact so far.

With Garoppolo, the amount of hype that’s building is understandable yet relatively tame, but the discussion about Mahomes has been acrimonious at points. Mahomes is not the problem, but he has been weaponized in various Internet fights this season.

END_OF_DOCUMENT_TOKEN_TO_BE_REPLACED

Originally, when I started writing about the topic of circle jerks, I had two people in mind. One of them is Jimmy Garoppolo. I have nothing against him personally (in fact, he is on one of two of my favorite NFL teams), but I have been picking up on some disturbing trends involving his fans.

As many NFL fans know, the quarterback position receives the most focus. For the most part, it’s understandable, because the QB touches the ball on offenses on almost every play. They are facilitators and they are responsible for conveying the plays, making adjustments, and getting their unit in position to execute those plays.

I acknowledge how tough it is for quarterbacks. The amount of football knowledge and preparation it takes is insane and they often receive much of the blame when their team loses. In that respect, I feel for these players. But I refuse to play along and heap all types of praise on just one player.

END_OF_DOCUMENT_TOKEN_TO_BE_REPLACED

On October 19, the Kansas City Chiefs visited the Oakland Raiders for a Thursday Night Football game.1 The Raiders were essentially handed a one-point victory after numerous calls at the goal line (although I wonder why a touchdown by their tight end was taken away in the first place). The result left many people scratching their heads and questioning how the officiating could be this bad.

This past week (October 15-21) saw some of the worst officiating I have ever seen for NFL games. And Last Sunday, the most-talked about game was the Patriots vs. the Jets — for all the wrong reasons.

In that game, There were two very bad calls and at least on non-call that went the Patriots’ way. The first bad call and non-call helped to get the Patriots in the game. They were previously down 14-0 early on. Then last questionable call took a touchdown away from the Jets when they could have pulled within three points of the Patriots.

The final score was Patriots, 24-17. The Jets might have been able to take that game to overtime at the very least without those questionable calls.

That Sunday game left many people questioning if the fix was in. That might have also led to them to website about sports scandals and speculation of the same name run by the author of the book of the same name.2

What do I think about the accusations of vote-rigging? Well, since I have been hearing this for a while, I wanted to put down my thoughts on the subject. I’m not particularly bothered by the accusations (yet), but I am by the debate itself.

END_OF_DOCUMENT_TOKEN_TO_BE_REPLACED 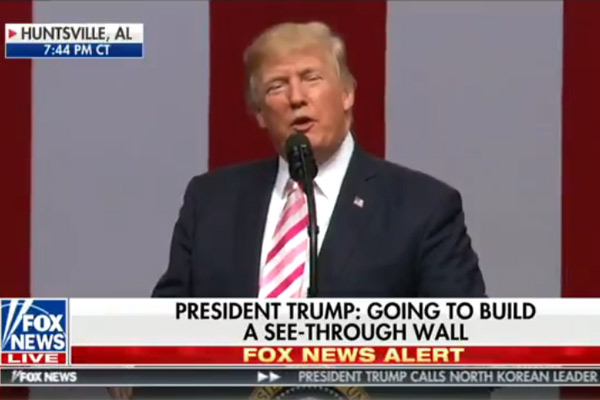 The past weekend was dominated by the news Donald Trump made when he went on rants about athletes from the NBA and the NFL. It all started on Friday, September 22, when Donald Trump went after the NFL.

Of course, this elicited a swift response from athletes and officials from the concerned sports on Twitter and off. And of course, Trump doubled down on his comments.

Now, Trump’s attacks against Goodell or the league at large were nothing new. A few years ago, Trump made tweets when the Ray Rice scandal hit. He also made when Deflategate was in full swing. Just last year, Trump minimized the concern over head injuries in the NFL.

This also wasn’t the first time Trump made comments against the NFL protests. While at a Kentucky rally in March, Trump singled out Colin Kaepernick, who started the silent protests during the National Anthem.

While I was personally disgusted by what Trump said, and I was taken about by how sports and politics were being tangled up together, I kinda of liked the response from various athletes and officials. However, those comments alluded to greater problems in American society.

Before I can get into that last part, I must discuss what Trump said and the responses to his comments.

END_OF_DOCUMENT_TOKEN_TO_BE_REPLACED

Yesterday, I watched some NFL football games but the day was dominated by the news surrounding Donald Trump’s comments about NFL protests and the league’s response. Today, I tried to watch ESPN but I was greeted by the continuous discussion of yesterday’s events — i.e., the response to the response to Trump’s comments about NFL protests. As a result, two things jump out to me: One was the number of empty seats in NFL stadiums across the country and the other was the mix of sports and politics.

What Do I Want to Say About Sports and Politics?

That’s the hard part. I know that I want to say something, but I need to know more first. Unfortunately, I have not been keeping up with the related topics as well as I should have. However, I have certain views about the NFL protests and I take exception to some of the blowback.

I believe there are valid arguments to be discussed here, although I might not agree with all of them. There are politics involved within sports themselves (and, as I’ve said before, within the cable networks that cover sports), but I think it’s fair to ask whether or not sports and governmental politics should mix. As such, I would like to visit these topics in the following weeks:

I just wanted to make a quick post because so many thoughts were swirling in my head but it’s hard for me to gather my thoughts. Of course, I have visited some aspect of this before (via Colin Kaepernick) numerous times, but I haven’t been able to say what I want to say on the matter.