Bro, you can start some sentences with a conjunction. Didn’t you get the memo? 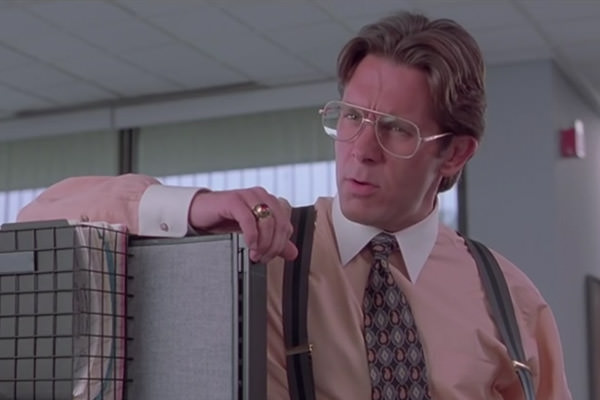 This week, I wanted to go with a theme that either pertained to the Super Bowl (which already happened as of the time this post was published) or current events. Guess what I went with.

As you may know, the word “memo” has made the rounds since the middle of January because the Republican Chairman of the House Permanent Select Committee, Devin Nunes (who hails from my state, California), spearheaded a secret memo. That memo contained notes about the Federal Bureau of Investigation and the Department of Justice, which the Republicans in the Intelligence Committee alleged were conspiring against President Donald Trump and his associates. Reactions to the release of the memo were definitely mixed, but the prevalent response was overwhelmingly negative and Nunes received the brunt of it.

There was a lot of ribbing going on even before the memo was released on Friday, like this February 1, 2018 article from USA Today:

“OnPolitics Today: Did Trump get the memo on changes to the memo?”

On a lighter note:

The phrase “did you get the memo” may have been popularized from a comedy from the 1990’s, but I wanted to do a little bit of extra research to see when memos were first used.

What is a Memo?

The word “memo” is short for memorandum.

According to the Oxford English Dictionary, a memorandum is:

A message in the form of a simple note, without the formulas and signature characteristic of a letter, and conventionally bearing the heading ‘Memorandum’ and the sender’s name; esp. (also internal memorandum) such a message as communicated within an organization.

If you work for a certain company, a nonprofit organization, or even the governments, chances are that you have received memos or written them in order to communicate to others across departments.

How Old Is the Memo?

The memo is older than that and may have gone back a few centuries. According to the Online Etymology Dictionary, the phrase “memo” has existed since 1889, yet the term memorandum came about in the early 15th century. It was originally a word written on top of a note, but by the 1540’s the word was used to refer to the note itself.

Now, What Does the Phrase, ‘Didn’t You Get the Memo?’ Mean?

Here is the definition of “get the memo” from Wiktionary:

The phrase as it’s often used today fits the second and third definition, but especially the third one.

In short, the phrase, “get the memo” means “to be aware” (Rader). So, when someone asks someone else, “Did you get the memo?” the first person is asking if the second person is aware of something. The memo is figurative in this case and the question posed is lightly sarcastic.

Where Was the Phrase, ‘Didn’t You Get the Memo’ First Popularized?

I believe this phrase, which has become a meme, was first popularized by the movie “Office Space,” a 1999 movie that was directed by Mike Judge (who’s best known for the animated TV comedies Beavis and Butthead and King of the Hill). “Office Space” stars Ron Livingston as Peter Gibbons, who works at a company called Initech and hates his job. Peter’s two friends, software analysts named Michael Bolton (no relation) and Samir Nagheenanajar, also hate working at the company.

After Bill Lumbergh, the terrible division VP, hires consultants to downsize the company, Peter tries to get fired, but he is surprised to hear what the consultants think his fate should be. After that, Peter decides to get back at Initech.

In this clip from “Office Space,” Peter Gibbons is approached by two of his bosses about the lack of a proper cover page for his TPS report.

First, Peter is working in his cubicle when he is approached by Bill Lumbergh and this conversation ensues:

LUMBERGH: Uhh … we have sort of a problem here. Yeah, you apparently didn’t put one of the new cover sheets on your TPS reports.

LUMBERGH: Hmmm … Yeah … You see, we’re putting the cover sheets on all TPS reports now before they go out. Did you see the memo about this.

PETER: Yeah. Yeah. Yeah, I have the memo right here. I just forgot, but I, uh … It’s not shipping ‘til tomorrow so, there’s no problem.

LUMBERGH: Yeah … If you can just go ahead and make sure you do that from now on, that would be great. And I’ll make sure you get another copy of that memo. Okay?

(Lumbergh is walking away at this point, and he begins talking to Phil.)

A few moments later, Peter is approached by another boss, Dom Portwood and here is where the version of the phrase as we know it shows up:

PETER: Yeah, the cover sheet. I know. I know Bill talked to me about it.

DOM: Yeah … Did you get that memo?

PETER: Yeah, I got the memo. And I understand the policy and the problem is just that I forgot the one time and I’ve already taken care of it, so it’s not even really a problem anymore.

DOM: Uh, yeah … It’s just that we’re putting new cover sheets on all TPS reports before they go out now. So, if you can try to remember to do that from now on, that would be great. (Dom gives Peter a big pat on the back.) Alright!

Dom’s line is closer to the line we use today, but the image of Lumbergh (played by Gary Cole) is part of the meme.

Rader, Walter (Editor). What does get the memo mean? Get the memo Definition. Meaning of get the memo. OnlineSlangDictionary.com. 3 Oct 2009. Web. Retrieved 3 Feb 2018. <http://onlineslangdictionary.com/meaning-definition-of/get-the-memo>.