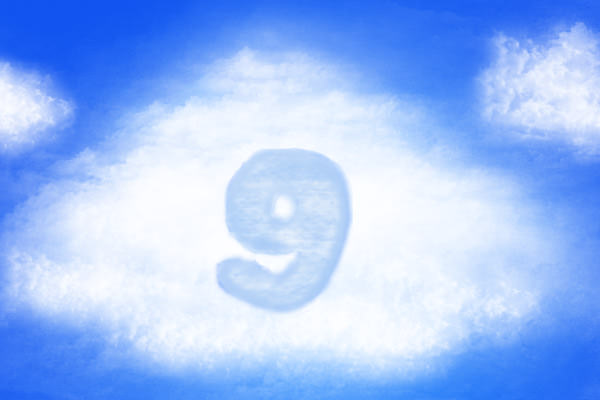 What Does It Mean to Be ‘On Cloud Nine’?

This is another phrase that’s easy to decipher, especially because of how it’s used. When someone says they’re “on cloud nine,” we can tell that that person is happy. They’re elated and something good has happened to them to put them in such a great mood.

Who First Used the Term ‘On Cloud Nine’?

There isn’t a clear answer here. I consulted numerous sources, and only three talked about the possible origin of “on cloud nine.”

At Merriam-Webster Online, a page gives a short definition for the phrase “cloud nine,” but lists the year of its first known use as 1959. I believe that year is incorrect, because other sources found earlier possible origins for the phrase.

The entry for “on cloud nine” at The Phrase Finder was the most helpful.

According to Gary Martin, there were two theories behind the existence of the phrase “on cloud nine,” one being that it came about to denote a cumulonimbus cloud, one of the ten classifications of cloud as defined by the U.S. Weather Bureau (now called the National Weather Service) beginning in the 1950’s. Another theory is that Cloud Nine is one of the stages to enlightenment for a Bodhisattva (one destined to become a Buddha).

Martin rejected these explanations. The fact is that the cloud classifications and stages to enlightenment each number more than nine (ten, to be exact). To stop at nine to signify euphoria would be silly. In any case, Martin concluded that the phrase “on cloud nine” came into usage during the mid-20th century in the United States.

Martin found some early uses of the term cloud nine and found that the meaning of the phrase came from the use of the word “cloud” rather than the number. In some cases, other numbers, like seven, eight, and even thirty-nine, were used in cloud expressions. The phrase “Cloud Seven” was the early favorite and Martin surmises the reason might be the influence from the phrase “seventh heaven.”

Here’s an example of the phrase “cloud eight,” as found in The Underworld Speaks (1935), a directory of slang by Albin Pollock:

Cloud eight, befuddled on account of drinking too much liquor.

Here’s the earliest example of “cloud nine” found by Martin, from an August 1946 edition of The Oxford Press-Courier:

I think he has thought of everything, unless the authorities pull something new on him out of cloud nine.

Here’s an example of “Cloud Seven” being used in a 1952 edition of The San Mateo Times:

Mantovani’s skilled used of reeds and strings puts this disc way up on Cloud Seven.

And here’s an excerpt from a 1956 edition of Ross’s Hustlers:

That stuff is way up on Cloud Thirty-nine.

The Dictionary of American Slang (1960) had the first printed definition of the term cloud seven.

The phrase “cloud nine” is now predominant, and it might have started in the 1980’s. In 1987, former Beatle George Harrison titled his album “Cloud Nine.” That was also the title of a 1969 album from The Temptations.

At Wikitionary, the entry on “cloud nine” had two definitions for the phrase as well as two more possible etymologies.

The first edition of the International Cloud Atlas (1896),[1] which defined ten types of cloud, described the ninth type as the cumulonimbus which rises to 10 km (6.2 miles), the highest a cloud can be.[2]

In traditional Han Chinese mythology the sky has nine layers. The ninth cloud (九霄 (jiǔxiāo): 九 (jiǔ, “nine”) + 霄 (xiāo, “sky; clouds, mist; night”)) is the highest part of the sky or, in Taoism, heaven where the gods live.

What do you think? I think the Wikitionary entry makes the move convincing case here.

There are now only 2 days left in 2017 and I have a bunch of content I want to share. In the meantime, there are three posts I’m working on. I will try to get them done before the end of the year.