The first headline comes from Common Dreams, which has a liberal/progressive slant, but the information is backed up by various sources. Anyway, the headline refers to the Republican Party platform: 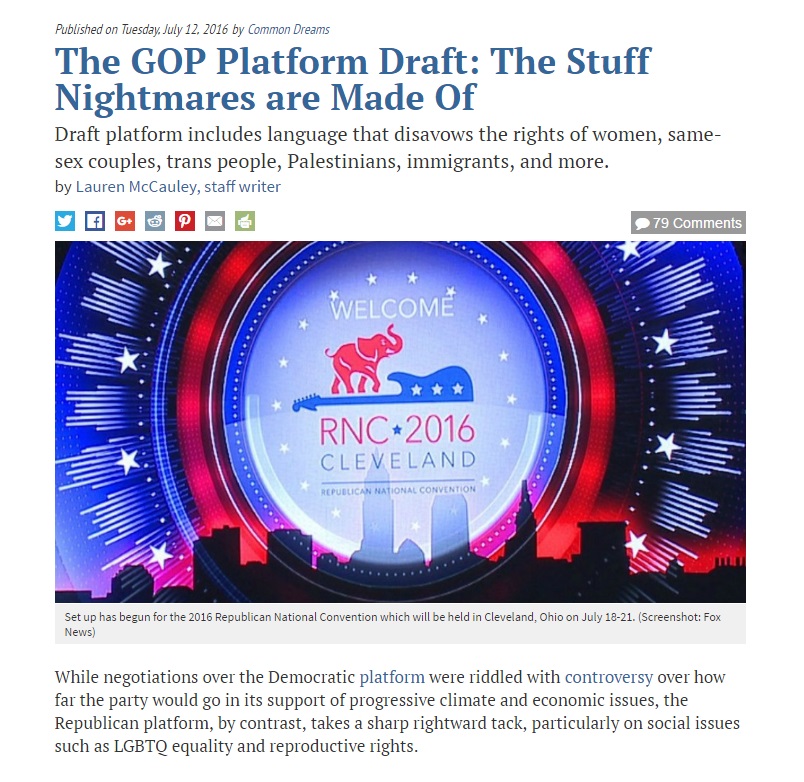 Also, they want to build that wall along the American/Mexican border.

More about that article in a minute.

The second headline comes from NBC News. When polling was done in Pennsylvania and Ohio, it was shown that the Donald had no support among “the Blacks.” 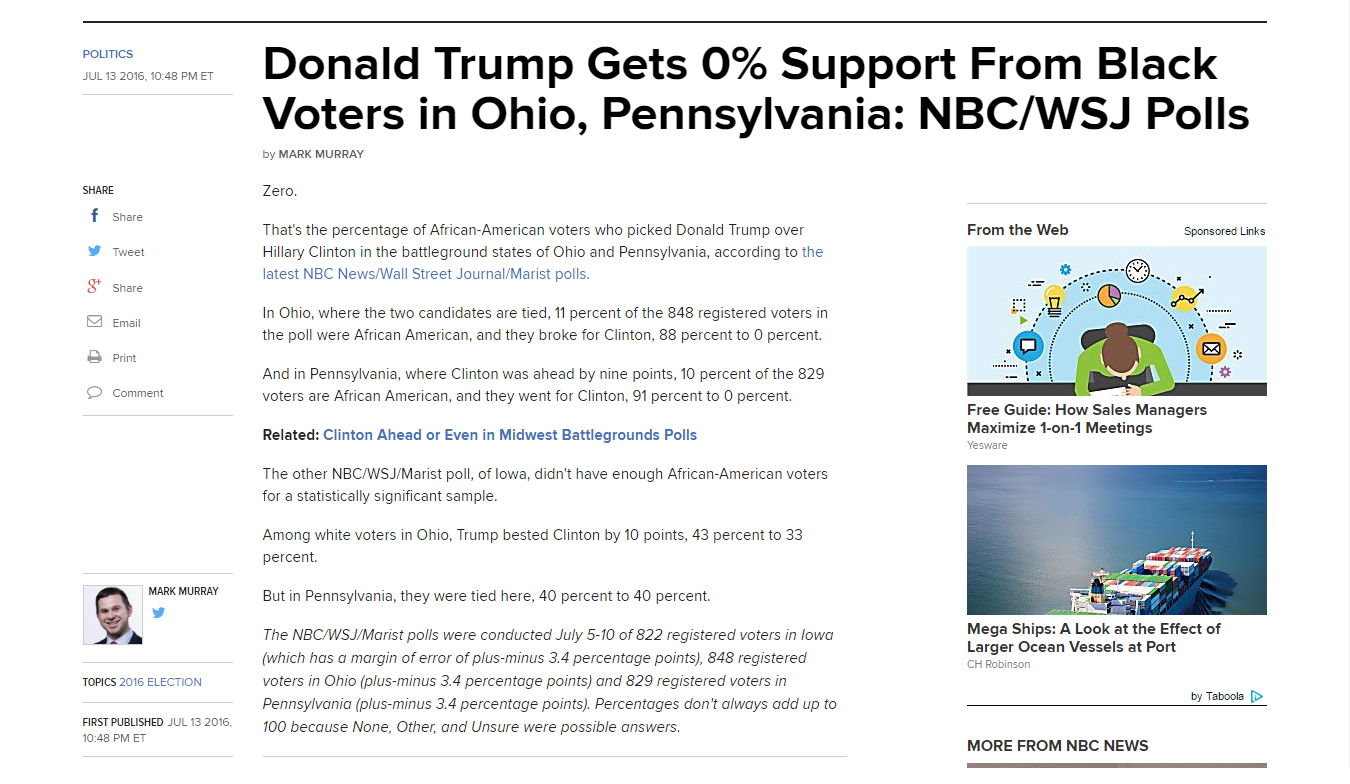 In this case, it’s not just the headline that got me, but the first sentence thereafter. I read this out aloud and someone in the same room with me started laughing, which made me laugh for a good minute.

The Seriousness Behind the Political Headlines

headline aside, there is a serious message her. While the article from Common Dreams grabbed my attention with dark humor, dark is the operative word here. Take a look at the GOP platform and tell me that there aren’t parts to it that are pretty message messed up. Here’s one part in particular.

The 112 delegates voted overwhelmingly against a measure put forth by Washington D.C. delegate Rachel Hoff, the first openly gay member of the RNC platform committee, that would have acknowledged “a diversity of opinion within our party” in regards to same-sex marriage.

An amendment that sought to modify language that called for children to be raised by a married mother and father to alternately read “stable, loving home” was also rejected.

Instead, GOP committee members opted to include language, put forth by Tony Perkins, president of the anti-LGBT hate group Family Research Council, supporting so-called “conversion” or “reparative therapy,” which purports to “cure” homosexual inclinations through analysis and, frequently, prayer.

The approved platform language says parents should be allowed “to determine the proper treatment or therapy” for their children. Such a practice, the Southern Poverty Law Center said, has not only “proven to be fraudulent,” but “it can cause grave harm, up to and including suicidality. And it tears families apart.”

To say the least, this is a slap in the face to LGBT Americans, especially those who want to be Republicans.

Not only is this wrong (especially in terms of “conversion” therapy and the denial of happy homes for children based on adults’ sexual preferences), but it isn’t politically expedient.

It is one thing for people to have disagreements with a party’s economic policy. And it is quite another for voters to have disagreements with a party’s foreign and policy. But it should be an absolute turnoff and serious concern when political leaders — whether they are acting on their own beliefs or appealing to a prejudiced part of their base — to basically deny a person’s human rights.

To Lighten Up the Mood Again …

I came across a Washington Post article about how Gary Trudeau “predicted” The Donald’s presidential run through his Doonsbury comics. Here is on strip that features Sarah Palin:

This was four years ago, and Palin’s actually speech in support of Trump this year was fairly similar.

And of course, this was spoofed on SNL:

Well, that’s all for now. I promise to try to stick to Wednesdays for these posts from now on.